Jump to content
plays
show in calendar
-A A+ 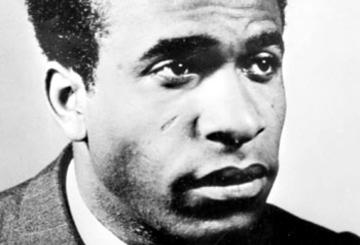 FANON. A Few Remarks on Revolution

Universally acknowledged as the founding father of postcolonial theory, Frantz Fanon remains absent from the on-going Polish debate on colonialism.

Born on colonial Martinique, this grandson of a Black slave was a psychiatrist, philosopher and the author of The Wretched of the Earth (Les Damnés de la Terre), a seminal book that was banned in France just after its publication in 1961.

Hardly ever do we draw on Fanon in Poland. Nor do we often consult his writings. This comes as a surprise as his critical outlook has to this day remained unusually relevant, not only in the context of Postcolonial Studies. If the revolution is be conceptualised differently, it should be re-contextualised. Fittingly, the Fanonian perspective makes one question and think over the concepts and assumptions that have been enshrined as fundamental in the European theory of revolution.

In the course of this performative lecture, we will yet again pose a set of crucial questions: what kinds of revolutions took place in the latter half of the twentieth century and what kinds can potentially happen at present?

Which revolutions have we overdreamt so far, and which ones did we consciously intend to overlook in the past? 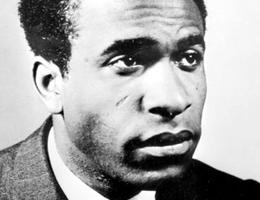