Jump to content
plays Archival
show in calendar
-A A+ 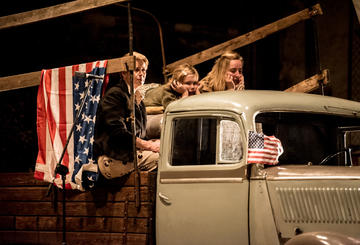 How can you be sure that the world walks the path of progress? Where did any certainty come from?

The play is an adaptation of The Grapes of Wrath by John Steinbeck's novel of the same title, in which all human and social relations are facing a precarious economic existence. Debts to banks, eviction, work without any social benefits. Steinbeck immortalized the image of society increasingly exfoliated, struggling with a serious crisis of capitalism.

In the 30s the economic crisis and climate change have led to a situation in which farmers from Oklahoma - like fictional Joad family - to undertake dramatic decisions to leave their farms in search of employment in California. Migration desperate, frightened and hungry people - this is the situation you today to return to tame.

The combination of the Great Depression and the current collapse of the global economy, in view of the fundamental social and political divisions, it can show some similarities. The financial crisis a few years ago revealed the extent to which all worldly ties have become illegible. Panic on the stock markets in 2008, as in the so-called. Black Thursday 24th October 1929, did not foresee even the main protagonists. The system is opaque and all modes of operation there are signs of uncertainty. This is reflected in a growing social group called job security. People who belong to it combines existential uncertainty, and divides everything else: education, profession, even a citizen. Is this not yet fully defined, prekarna modernity carries the potential changes? 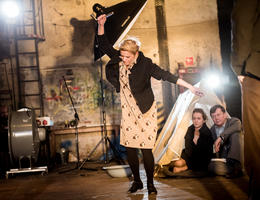 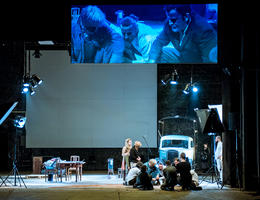 How can you be sure that the world walks the path of progress? Where did any certainty come from?