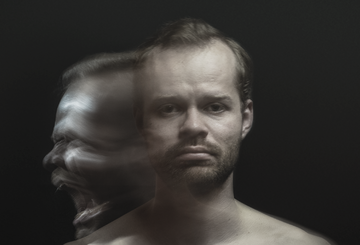 “Two weeks ago, the thought of killing Dominika appeared in my head. I don't know what caused it, but I felt aggression in me. I figured out how I would kill her.” says Jacek B. on 13 May 1999, after an all-night interrogation. In the morning, the investigator will hear that it was not the only victim of the detainee. “Finally, I have liberated myself from this,” he will add at the end.

Neighbours will be surprised; after all, he was a pretty good boy. He was kind, from a normal family, he did not drink, he did not smoke. He did not do well at school, but at the confectionery shop he was a model for others.

The owner of the shop will say: “The best of my trainees: accurate, even pedantic, and a bit artistic.” For the 650th anniversary of Bydgoszcz he made a mock-up of historic granaries from chocolate and biscuits.

He will go to visit the scene of the crime of the 16-year-old girl with a radiant smile on his face. He will calmly point to the places where he hid his bloody clothes and the murder weapons: a meat mallet and a knife.

Exactly twenty years later, Michał Siegoczyński, a director valued for his insightful observation of the characters he presents on the stage, starts to work on the story of the murderer from Bydgoszcz. What is this “element of evil” that the witnesses of the trial supposedly saw in the eyes of the accused? Does the desire for destruction come from the outside, or is it dormant in each of us? And finally, what can a man feel when he gets rid of another man's life?