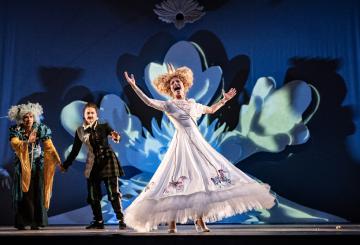 Oh, that dragon again. [We, we won’t drag on...] In every fairy tale, there must be a fire-breathing monster devouring the inhabitants.

Oh, that dragon again. [We, we won’t drag on...] In every fairy tale, there must be a fire-breathing monster devouring the inhabitants.