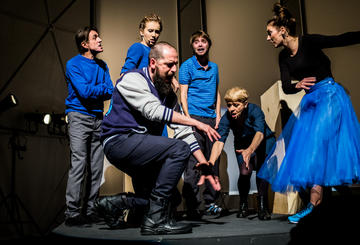 Imagine of that tragic events tend to be extremely different, they are dependent of the professed views, nationality and  history of ancestors. They were appropriated by emotions and political discourses.

The performance Сварка (swarka) is based on documentary material collected by us in Poland and Ukraine. We try to look at these events from the widest possible perspective. We give voice to witnesses of ethnic cleansing. We listen to stories about crossing the boundaries of humanity that can not be properly told, because language which can describe it is missing.

On both sides of the border repeatedly told us that to be reconciled, we should loudly denounce the truth of what happened between Poles and Ukrainians in 1943. On both sides of the border these truths are many. The French philosopher and art historian George Didi-Huberman says that reality is "impossible." It exists and manifests itself only in the form of "pieces", scraps of things partial. So we are looking for the key to understand the tragic past in scraps of memories.

The performance is created at the Polski Theatre in Bydgoszcz under the Interventions Project (curator: Agata Siwiak) in cooperation with the GAP Foundation and Artistic Agency and Economy and Public Administration in Kraków as part of the POP – UP Festival (curators: Grzegorz Niziołek, Agata Siwiak). 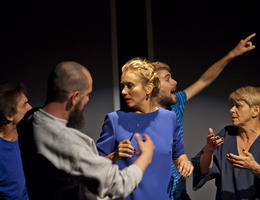 Blog
materiały prasowe
It may have been a massacre. I didn't see anything.
CBAPKA (swarka)
Article 03.12.2015
Tygodnik Powszechny
Festiwal antysystemowy 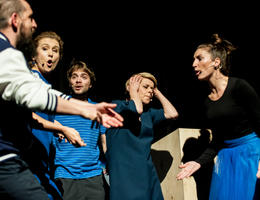 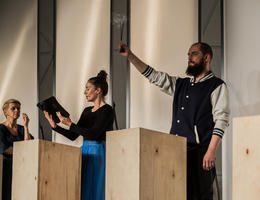